Looking at the hues of Michel Vivien’s shoes, new to Poepke, you will find a braided heel in rich cognac, a low sandal in turkish delight rose, and the scarlet red of his shoeboxes. It is through these colours that Vivien’s background in painting comes to play. As a twenty year old, he attended the National School of Fine Arts in Paris, but dropped out in order to pursue other adventures. Despite this, he has always remained faithful to his first art form; “I continued to paint and I have never stopped painting” he says. 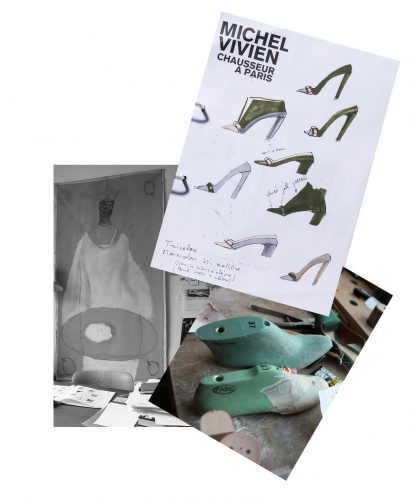 But it was at a chance meeting with two Italian brothers from Naples who owned a shoe factory, that Vivien foresaw a different future for himself. Though the eventual partnership with these two brothers failed, the original vision inspired by this encounter, is one he keeps to this day. It is a vision which balances romance with reality; “My shoes are not something extraordinary, like a sculpture or an artwork. They are made to be worn” he says. 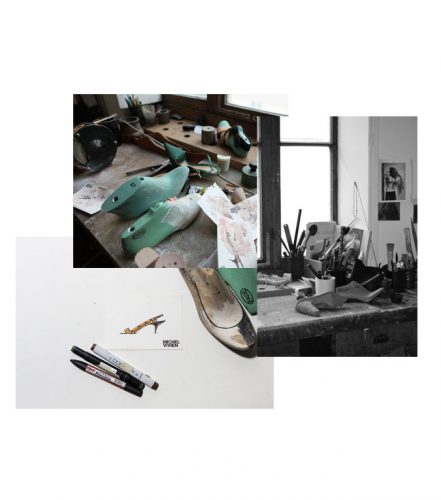 In the summer of 1999, Vivien launched his first collection under his own name, but still collaborates with prestigious Haute Couture houses such as Dior, Yves Saint Laurent, and Lanvin. Working from his workshop in Rue de Nice in Paris and his small footwear factory on the outskirts of Milan, he designs shoes for a “Parisian woman who lives a hectic life”  more interested in how she “spends her days, not her nights.”

You can see our selection of Michel Vivien shoes at Poepke here.

Sorry, the comment form is closed at this time.